Published by Cathal Breathnach on December 22, 2014

On the 13th December 2014, we had our Group Investiture in the Den and it was well attended with youth members there from all 5 youth sections as well as parents and friends of the group too.

Some of our members first attended Mass in the Augustinian Church across the road and then everyone gathered in the den for the investiture at quarter past 7. There were Beavers, Cubs, Scouts and Ventures to be invested and Badges to be presented to several members as well.

A most important badge was presented to Ailish Breathnach, a Venture Scout after her completing the Chief Scout Award. Tommy Flaherty from the County Training Team came to present this award to Ailish. It is the highest badge a youth member can achieve within their section and Ailish is the first if our members to receive a Chief Scout under the new “One Programme” system and she also received a Bronze Gaisce Award under this system. 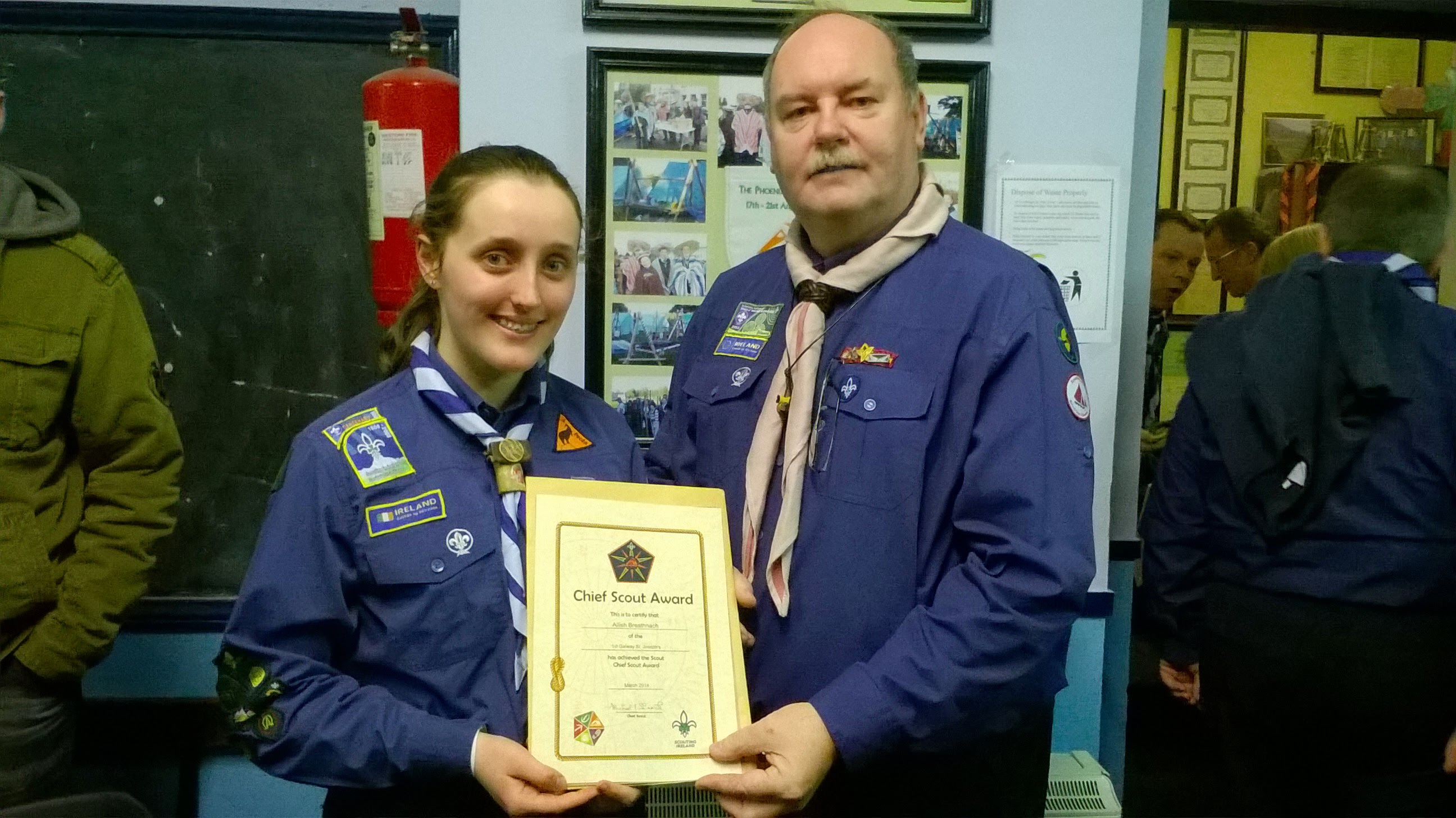 We hope that Ailish will inspire other members in her footsteps in achieving this much sought after award.

Some refreshments and sweets followed the ceremonies and a great night was had by all. For some more photos from the night, check out the album here.

Gear list for camp RenvilHi All, Anyone with a cub camping this weekend please come down to den at 8.15pm tomorrow for a run through.Especially cubs who are camping for the first time.We will have Read more… 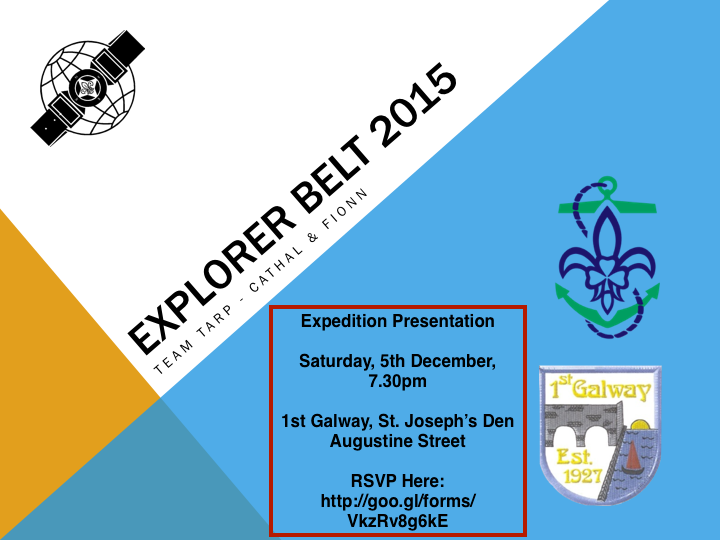 Cathal Breathnach (1st Galway St. Joseph’s) and Fionn Delahunty (Galway Sea Scouts) will be giving a talk on their our trip to Germany on the Explorer Belt during the summer onSaturday 5th December at 7.30pm in Read more…